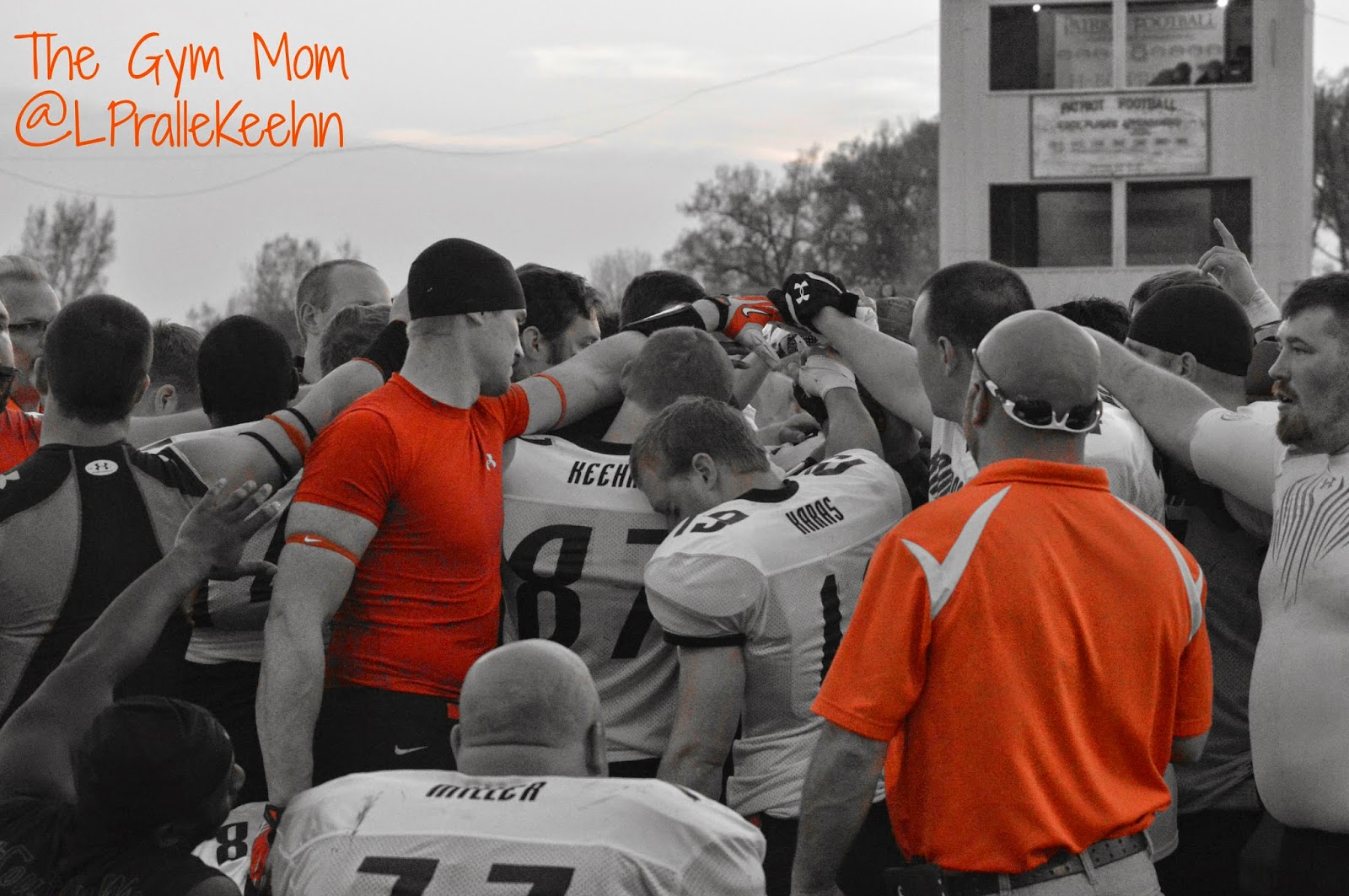 Initially I wanted to focus on all the pre-game build up. All the bananas I had to buy, the ice bath I giggled about, game film notes, and the early-to-bed routine. You know, like back during R's competition season when I shared some of our pre-meet rituals. However, as often happens, I ended up being really busy this week and didn't get the post written in time.

Then we set off on our 3.5 hour drive for the Midwest Rampage to play the Tri-State Buffalos in Hills, MN. I realized I was crazy nervous. So what do you do when you're nervous for your husband? You ask a ton of (probably annoying) questions: How are you feeling? Can I do anything for you? Do you want to stop and stretch? And of course, you turn on the DJ RyRy playlist. Well, that is, you turn on the playlist until it's time for him to turn on his own playlist. You also worry. Will it be everything he wants it to be? Will he have a good night? Will he get hurt? 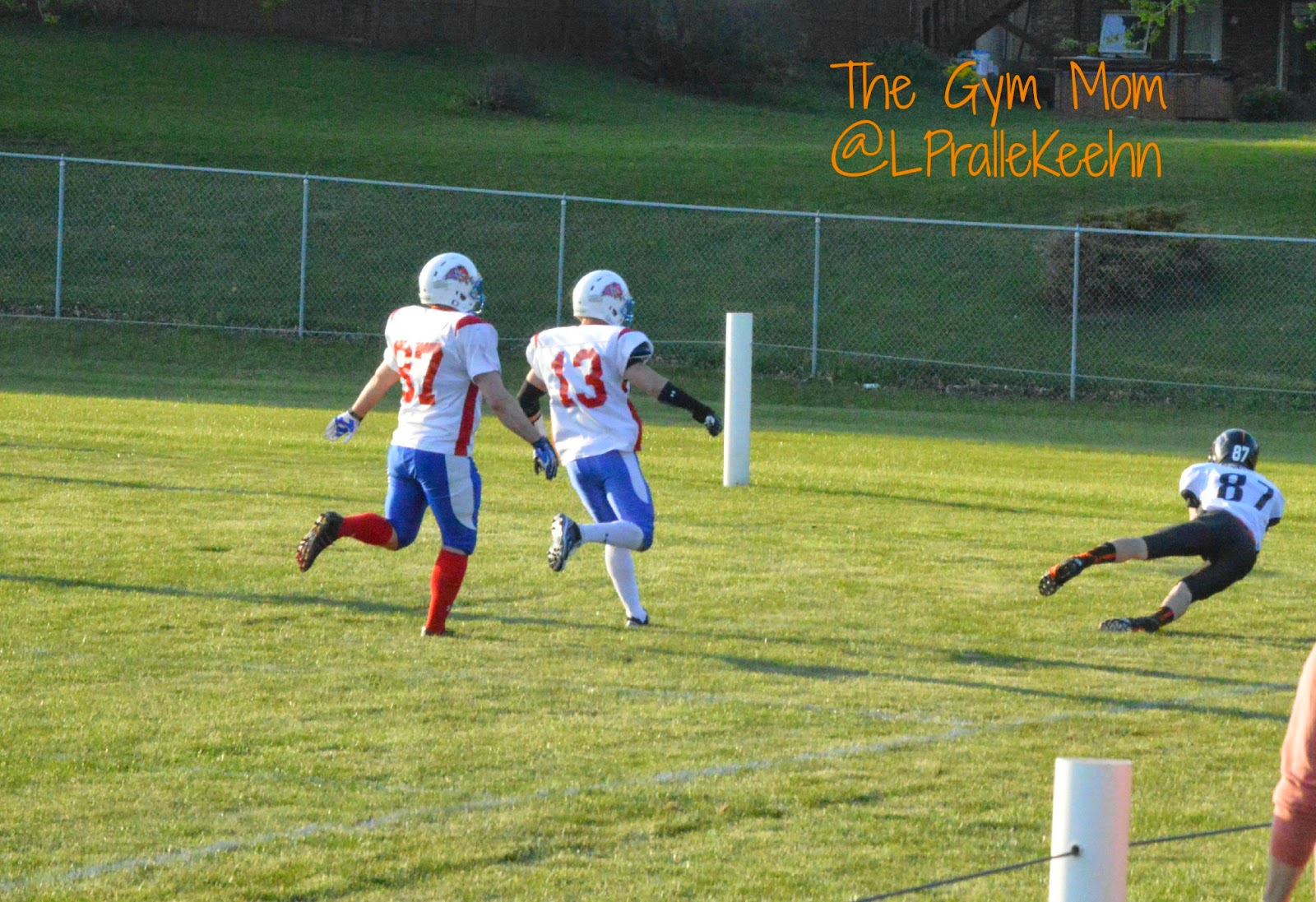 Do we remember how anxious I was during R's competition season? It doesn't get any easier when it's your husband instead of your child. Luckily, I was able to settle my nerves into pacing the field with my camera.

As the scoreboard lights up and the clock counts down the nerves slip away. I met other fans - parents and wives of the players. Some were even brave enough to bring their kids along on this road trip (I was not one of the brave). I listened a lot. I learned a lot. I felt the energy on the sidelines - that'll happen when you're winning. It also helps when husband catches his first TD of the season.

There's something different about this league, or at least this team. You can feel their heart; pride; passion - from the moment they walk out on the field. It may have only been the first game, but it was obvious that they were part of a brotherhood. And then you realize, it's not just the players. After the game, one of the first things said to me was, "Welcome to the family." And with that it was done. I was in. They had taken the time to welcome me, the wife on the sidelines, into the family. 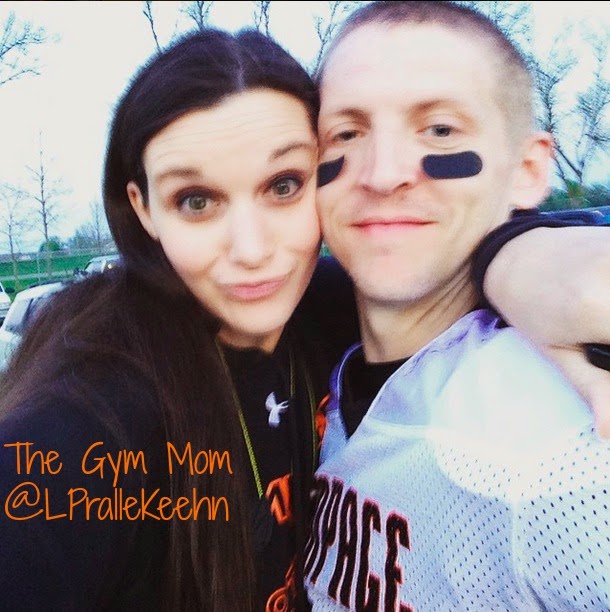 I hate that I am having to say this, and hate even more that I'm about to put it in writing, but I'll do it anyway. I had my reservations about this whole "football thing." You might even remember that up until the week of practice I had my mind made up. This was not happening. But here we go (take note husband, this doesn't happen often): I was wrong. When you find a group of people that has your drive and passion for something, whether it's football, work, or underwater basket weaving, you go to that group and you hope they'll take you in. You feed off their positive energy, you push yourself to contribute to the group, you bug your wife until she changes her mind. It's not about playing a game, it's about being a team. 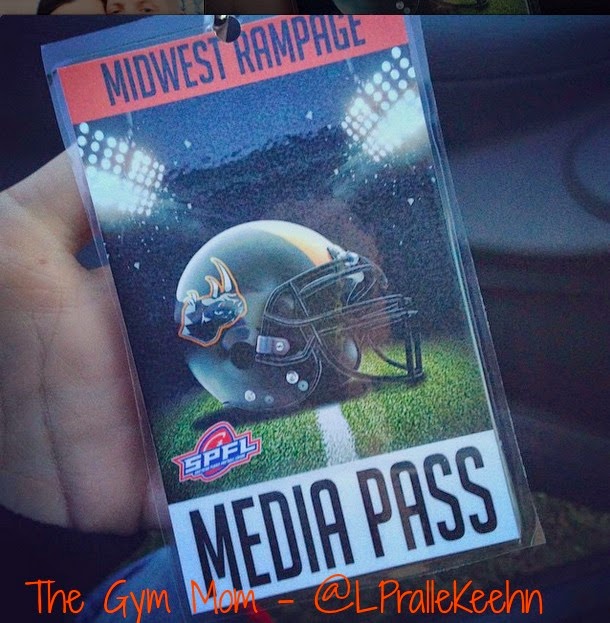 So where will you find me next weekend? With my family, literal and metaphorical, in Webster City at 3:00pm, cheering on the Rampage.

They're even going to let me keep taking pictures along the sidelines!

Check out more photos from the game on my Flickr account!
Posted by Leslie Pralle Keehn at 4:58 PM