Okay, I'm failing at keeping up with our date night log right now, which is a good thing, right? That means we're spending lots of quality time together. However, it means I'm not sharing enough of the great Iowa places we're visiting, so I want to catch you up on a couple. 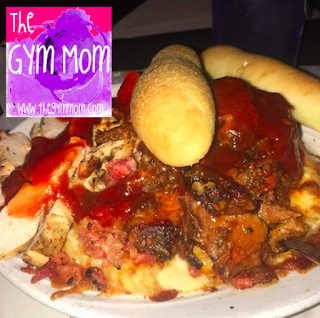 A few weeks ago we visited Burlington, and while the circumstances surrounding our visit could have been better, we did have a chance to visit a new restaurant with great friends while we were in town. This time we visited The Drake. The Drake is right on the river, you can see my favorite bridge from the front door, and is a little more upscale atmosphere. I had a sirloin and baked potato (still trying to stay true to that wedding diet), while Shon had the most ridiculous plate of macaroni and cheese (five types of cheese, brisket, and he also added chicken and bacon). The owners sat at the front table and greeted us when we came in. We had the baby, and the friends we met had their baby, but it was a family environment where they didn't necessarily feel out of place, which is always something I worry about when we're eating at a nicer place. In fact, Evelyn cried a little when we were getting her out of her car seat and one of the waitresses stopped to tell us how much she loved hearing the sound of babies in the restaurants. While I'm sure our fellow diners were glad she stopped crying, it was really nice of her to say and make us feel welcome! 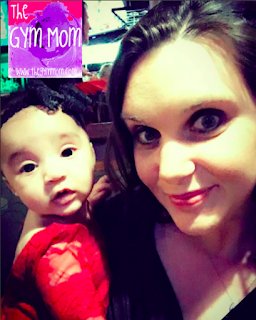 The other place we visited recently, after seeing 12 Strong, is West Towne Pub in Ames. This is one of my long-time favorites, as I mentioned in a previous post about some of my favorite places in Ames, and if you go in, make sure to say hi to Tim, who is often working at the bar or, on a busier night, running around managing things. They have *the best* burgers. While I was a little disappointed to learn that they were using a condensed menu for game night (even though I completely understand why), Shon and I both enjoyed the Skippy burger and fries, along with some beef rib egg rolls. Usually I order sweet corn bites that come with an awesome honey sauce, but it was great to try something new. They have a ton of TVs and it was super fun to enjoy some Olympics (since we don't have cable) while we enjoyed our meal. I think they Cyclones won that night, but I don't actually know - we arrived after the game! The other fun part about this night was that we dressed up for Valentine's Day and Evelyn got to wear her red lace onesie from Real Deals - Mason City!
Posted by Leslie Pralle Keehn at 7:08 AM No comments: 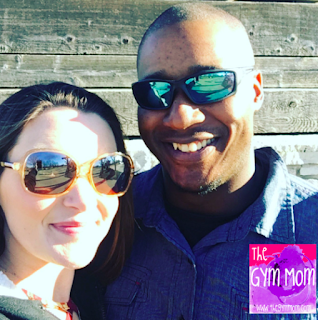 I'm behind on some date nights, but one of the ones I wanted to be sure to share with you was from our trip a few weeks ago to Living History Farms to their "Farms Uncorked" event. Each winter, LHF does a Cabin Fever series where each month they pair a food and adult beverage combo. This year I bought Shon and I tickets to the entire series as one of his Christmas presents - what could be a better gift than time with me?! Obviously one date has already passed, but they have tickets available for $20/person in advance to each of the following still:

Feb 24: Cocktails and Comfort Food
March 24: Beer and Bread (I've been to this one a couple times and it's great)
Apr 21: Festival of Cheese

As I mentioned, the first event in the series was Farms Uncorked, and I have to start by telling you - we are NOT wine people. This year their billed winery partners included Annelise Winery, Country Barn Winery, Della Viti, La Quercia, Machine Shed (with food for the win), Penoach Winery, Soldier Creek Winery, and Train Wreck Winery. We had beautiful weather and started our day with a selfie. 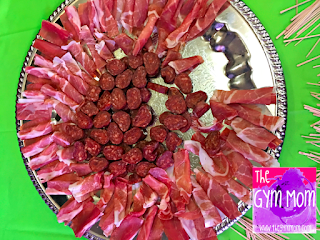 One of the things I knew going in was that I don't love red wine. I was, however, open to trying new things. I'm going to be really honest with you and not even try to pretend to "speak wine" to you, but rather share some of our favorites (I'm a moscato kind of girl), and tell you more about the experience so that maybe we'll see you at an event in the future!

When you walk into the main entrance they have the tickets set up (be sure to have your ID, I had to turn around and go back to the car and get mine), and then a big ring of vendors, for lack of a better word, around the outside. They each had samples of 4-8 different wines, and then they were able to offer 2-3 (ish?) of those wines for sale in the gift shop if you were interested in taking some home. La Quercia had an awesome meat and cheese spread set up, and The Machine Shed had some awesome Iowa-themed appetizers available - think pasta and brisket - we came back about three times! It was nice to have some food options with the alcohol intake, because while they are small samples, when you try several from each winery, it's nice to have something to eat in the middle. And you know... insert wine talk about cleansing your palate...

We worked our way around the room in a somewhat organized fashion and had a few highlights. Soldier Creek Winery (near Fort Dodge) we learned as live music on Friday nights even through the winter! We plan on this being a date night in the near future. They also had a wine called Geneva Red 7 that had this hint of bell pepper taste that would be amazing when grilling during the summer. This was by far my favorite red of the day because it just had this interesting flavor you didn't expect. 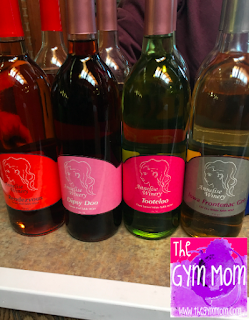 The Cellar (near Cambridge) had another of our favorites. Edelweiss (my favorite song from The Sound of Music) is a semi-sweet table wine that had a nice flavor but wasn't so super sweet. It was a nice way to finish out our day and it was our Valentine's Day wine this year!

One of the very first wines we tried, and the one we'll be going back to taste again this weekend as a potential wedding option, is Caboose by Train Wreck Winery. First, it comes in a gorgeous blue bottle which fits perfectly with our wedding colors. Second, the winery is in an old train depot in Algona and the grapes are grown on the site of an actual train wreck. Third, and much less important to Shon, it's Dallas Clark's winery, so as a Colts fan it seems only fitting that we find such a special wine at this location. Don't tell him that, though (Shon, not Dallas), because I don't want him to change his mind. Caboose is a sweet white wine with enough acid to keep it from being "too sweet." Many of their wines can be found at stores near you, and honestly, many of the wines we sampled can be found at places like your local Fareway or HyVee, both of whom I love for being committed to carrying quality Iowa products. 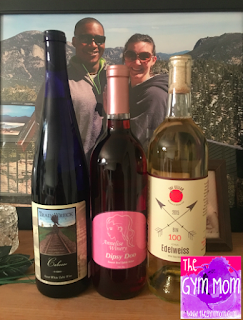 For people who aren't "wine people" we walked away with three bottles, a fourth that we plan on picking up for grilling this summer, and three future dates! We'll have live music at Soldier Creek, a wine tasting at Train Wreck, and I didn't mention yet that in March we're heading to Della Viti in Ames (there's also a Des Moines location) with friends, which is actually a wine bar and we'll do a tasting all over again to try and find some new things we like! Basically, from what I understand, you load up a card, much like a children's arcade experience, and then you sample different types of wine. I'm particularly looking forward to that new experience.

If you aren't sold yet, I still think you should check out the Living History Farms events because clearly that's where the cool people hang out! See you there!
Posted by Leslie Pralle Keehn at 3:48 AM No comments: 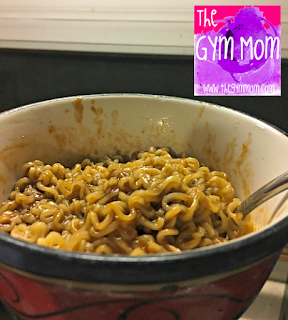 I'm pretty much obsessed with Thai Peanut Butter noodles lately, but a) I like my meals to be easy, and b) I've been trying to diet. So here's what I came up with.

Directions:
1) Cook Ramen noodles (thanks for that tip, mom) according to package.
2) Throw away the Ramen seasoning packet.
3) Combine all other ingredients in a container, stir with fork.
4) Pour sauce over noodles.
5) Devour.

I had all these ingredients in my cupboard/fridge, so that part was easy for me. I'm sure there is a healthier way to do noodles, but like I said, I like simplicity. Substituting the peanut butter with PB2 cuts out over 100 calories. I tried to take the sesame oil back a bit, but the proportions didn't work, and it's a fairly heart healthy fat according to what I've read (similar to EVOO), so I just go with it now. Seriously, the step that takes the longest in all this is boiling the water for the noodles. Is this overly healthy? No. Is it a healthier version? Yes. I don't eat it every single day, but I would if I could!

Posted by Leslie Pralle Keehn at 7:30 PM No comments: